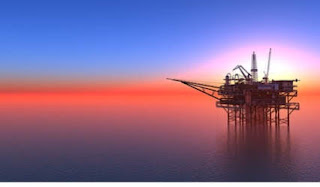 In an already challenging environment for the Oil and Gas Industry, the result of Brexit adds further cause for concern.  Due to the global collapse of the price of crude oil, revenue across the the UK oil and gas supply fell by 10% in 2015 and 21% in 2016, taking the market below to below £30 billion for the first time since 2010.(ipaadvisary.co.uk 2018). With the introduction of Brexit,it presents three main problems: 1) uncertainty of the type of deal 2) loss of UKs ability to influence EU policy 3) distraction the process provides to the government's business as usual running of the economy.

The uncertainty around the type of deal has created issues for all industries. A 2017 report by trade body, Oil and Gas UK, looked into the potential economic impacts and opportunities that may occur from Brexit. It found that the UK does an annual £73 billion of oil and gas related trade with the rest of the world. Of this total amount, £63 billion relates to traded goods which may be subjected to tariffs. Under EU membership, the tariff costs are around £600 million. Depending on the type of a deal, the amount paid as tariffs can vary. A hard Brexit, would result in the UK reverting to WTO (World Trading Organisation) rules and this would result in the double the tariff costs. A softer Brexit, could allow the same tariffs and to continue to benefit from European ties while also having freedom to negotiate on the global scene. (Skuld.com 2018). A Hard Brexit would also bring complications to: 1) Investment in the UKCS, 2) Domestic gas prices 3) Exchange Rates and 4) Hiring of labor and other professional services.

An area of concern to the British Oil and Gas market is how Brexit will affect its appeal for investment. Improvements of efficiency in the last five years in the industry has been attributed to investment. This is seen mainly due changes in oil and gas price and exchange rate movements. Oil prices are considered to remain the most important factor to the level of investment in the UK .Investors  need to be assured that the oil and gas tax regime remains predictable and competitive. A plus of Brexit allows the UK government to have flexibility with levels of taxation, a benefit that the UK has already taken advantage of by promising to cut corporate tax rate to 17% by April 2020 compared to the EU average of 24%.
The exchange rate movement has a significant impact on oil prices. The GB£/US$ rate has had a decline from 2014 to 2017. And with the introduction of Brexit and all the complications it brings. It is likely to keep the exchange rate low and therefore push pressure on domestic gas prices in the UK. Thus the rate between the two will have an effect on the price UK customers  have to pay for their gas.

The UK has had a significant role in EU regulatory affairs, with it chairing agencies such as Agency for the Co-operation of the Energy Regulators (ACER)  and the Council for European Energy Regulators (CEER) for a number of years. Allowing the UK to have a hand in EU policy and to be able to influence regulatory developments. Brexit would remove UK from this positions and agencies and thus lose key influence. However this might not be too disastrous for the UK, as the UK is seen as a leader in Europe in its approach to the industry and many other countries try to follow the UK model. Good relationship between the UK and European countries will most probably continue.

The UK oil and gas industry  is reliant on the employment of people and provision of professional services abroad.  Depending on negotiations, there may be a hamper on immigration and recruitment of professional services and labour abroad. Effecting the efficiency of the operation of the industry. However there is a positive, in that additional training schemes will be required. And thus an opportunity for creation of new companies  to provide these resources.

A lot of the issues presented above depend on the type of deal reached, with particular emphasis on hard Brexit, thus a lot of what is discussed may not be as profound in the future.  Overall however compared to my previous article on the effects on the pharmaceutical industry, it does not provide as complicated effects as to the pharmaceutical industry which was so heavily intertwined  in EU regulations. The UK has been seen as the leader in Europe for its attitude towards the oil market and I believe post Brexit it will continue to do so.