Brexit- What Does It Mean For The Pharma Industry?

The Pharmaceutical Industry is hugely important for the British and European Economy, with it accounting for 10% of the GDP for the UK and Europe's most researched industry. However with rising uncertainties about the type of deal being reached. What consequences does this spell out for the UK and the EU? 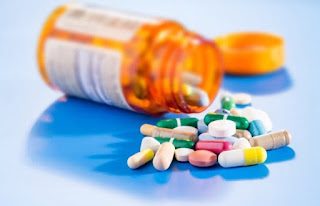 After watching an episode of Newsnight a few weeks ago, regarding the effect of a no-deal outcome on the pharmaceutical industry, I started to think about the effect this will have on the industry and the measures that companies will have to take to ensure they stay competitive in the market.

The pharmaceutical industry is a massive component of the British economy, it is the third largest industry in the UK, accounting for 10% of GDP and the employment of 73,000 people (pwc.com 2018). The UK is a massive exporter of pharmaceutical products to the EU, with 45 million packs of medicine going from the UK to the EU each month. (Newsnight 2018)

The uncertainty around the type of deal is causing issues with what action the pharma industry needs to take .The pharmaceutical industry is heavily intertwined and dependent on EU regulations and funding, more so than other industries. Out of the potential deals possible an EEA agreement (Norwegian Option) creates the least amount of disruption, it would not affect trade and would allow the UK to retain access to the EU market and participate in trials. As a part of this deal the UK could authorise the same EU legislation which gives automatic approval for EU marketing decisions. However any of the other trade agreements including a bilateral , free trade or no deal creates complications. The BioIndustry Association (BIA) has created 4 main areas of concern; 1) Regulations of medicines, 2) Research collaboration and funding , 3) Movement of people and 4) Trade and Supply of medicines.

The single most important issue is regulatory alignment. At the moment all drugs are approved by the European Medicines Agency (EMA) and automatically granted access to the UK market. But with Brexit this changes, as a result there will have to be duplication of all the testing of products that come from the UK to the EU and vice versa. Double the amount of applications will have to be made for the same product for the EU and UK market, leading to significant increases in cost. This would require changes in the analytical methods,changes in packaging,transferring paperwork and potentially replicating key members of staff in Europe. A long, arduous process that would take away from the  main focus of making sure patients receive their medicine (Newsnight 2018).In some cases this could mean that companies would not get this all done in time for future products and would not be able to export to Europe, losing huge amounts of money. These extra costs and uncertainty could mean if there is a choice between EU and the UK, other countries like Japan and America could choose the larger EU market. There are also particular issues with smaller companies that are involved in helping other companies get their medicines in dosable forms and making and supplying drugs for clinical trials. Depending on the deal, these drugs may need to be tested and released into the EU by someone else. Some companies have been looking for companies within the EU that have similar analytical testing capabilities, while still hoping to keep the manufacturing in the UK. However this creates frustration within the UK industry as they are creating the innovative new science then handing the knowledge to competitors in Europe (Newsnight 2018). It could lead to companies having to build their own facilities in the EU, creating extra costs for the company.

The second biggest interruption to the industry would be to research and development.The UK spends nearly a fifth of pharmaceutical R&D spending in the EU (Pharmaceutical Technology 2018). The concern  with Brexit is that companies will move their R&D bases elsewhere  and the UKs leading role will diminish, affecting the ability to recruit the best international talent.  Brexit scenarios could mean that the UK will no longer continue to have access to the EUs research and innovation programmes like Horizon 2020.Negation of the UK in these projects, takes time and multinationals might transfer to key research projects  outside the UK to continue to participate in international research.

There are some positives, as the UK is not bound to strict tax regulation and would have the flexibility to enhance a favourable tax regime for innovative activities to attract new investments without running into illegal states and risks (pwc.com 2018). This could be a competitive risk for Europe.Also recent progressions have shown positivity, such as David Davis stating the UKs involvement in Horizon 2020 as "quite likely" and with the UK biotech industry attracting the most venture capital financing in Europe and the third most in the world. With such a strong position, high levels of investment is expected after Brexit (Pharmaceutical times 2018). A UK exit is also unfavourable for the EU with decreased contribution to the EU budget, including research funds. Any future programmes would be impacted by a lower EU budget and European pharma companies would have to compete for a smaller amount of research funds.

Brexit affects the supply chain infrastructure, opting out of EU trial regulations would make clinical trials more costly and result in a drop in the number of trials run in the UK. With the UK, being the most popular location for phase one trials, companies could move to EU countries to give access to a larger market (pwc.com 2018). Without proper regulations in place, pharma exports and imports could end up stuck in  customs warehouses. Disruptions to trade will increase  product prices as well as a weak currency which will raise the price of imports. Linking back to regulations, if no longer the same, companies may have to set up separate trials for the UK, leading to higher costs. The European Medicine Agency(EMA) regulates the access of medicine to EU member states and is currently based in London but would need to be be relocated. It’s presence in the UK, is one of the reasons why influential international companies choose to base their  European headquarters in London. It is unlikely that the UK can keep medical authority and long term benefits of being situated close to the EMA. (pwc.com 2018)

A large number of the UK pharma force are EU nationals, who could leave the UK after Brexit. With these nationals being tempted away by involvement in research projects funded by the EU and clinical trial operations moving to Europe, coupled with a weak pound, it would be hard to attract skilled talent from all over the world. Thereby reducing the UKs influence in the industry, therefore it is important to have a UK immigration system that can attract skilled talent while developing UK talent,

Over the  coming years, pharma companies face challenges in adapting to these changes and with the uncertainty about the type of deal being approached, they have to  cover all possibilities ,to make sure they stay competitive in the international markets .

Links to the articles used for further information:

Brexit Monitor the Impact on Pharma and Life Sciences: https://www.pwc.nl/en/brexit/documents/pwc-brexit-monitor-pharma-life-sciences.pdf