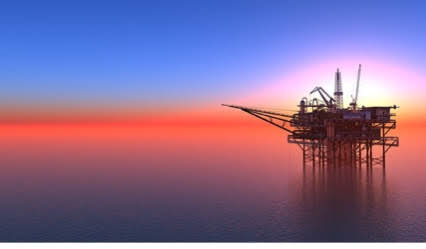 Hard Times ahead for US LNG amid China Tariffs

A tough winter could be coming for US LNG, among an escalting trade war between China and the US. PetroChina may suspend its buying of US liquified natural gas cargoes during the colder months, just as new terminals start up. This could force American gas suppliers to slash their prices, to lure other buyers. With China threatening a 25% tariff on US LNG and other traders, this leaves very little option for American traders to having to sell spot volumes at a discount.

The released monthly figures from the American Petroleum Institutes shows that the US set a record for the NGL ( Natural Gas Liquids) last month producing 4.4MMbdp. This is following Julys result, where the US tied its record for crude oil production at 10.7 MMbdp. With these substanial growths, the US has been the worlds only substantive source of oil production growth so far in 2018. As a result of this growth, the oil prices have remained lower than the international prices, which is good for domestic consumers.

CEO of Worlds Largest Shipping Company says US will be hit harder than rest of the world in trade war.

Soren Skou, who runs the worlds largest shipping company from Copenhagen, says that US tariffs could slow global annual trade growth by 0.1 % to 0.3%, however the effect on the US could be 3% or 4%.  The Trump administration has argued that these tariffs are addresing the imbalance in trade relations between China and much of the rest of the world.

Chancellor Phillip Hammond, is reviewing taxation of the oil and gas industry ahead of the budget at the end of the year. SNP MP, Kirsty Blackman,  has warned that any rise in taxes just as the industy is recovering would affect ' the sectors ability to invest and extract the North Seas full potential upon which so many jobs and wider economy depend.  With the North Sea reporting that production efficiency rising for the fifth consecutive year, reaching 74% in 2017. With firms still finding conditions tough, its important that the UK government exercises its reserved powers to do more to stimulate exploration and attract fresh investment.

A deadline is looming for BP to obtain a waiver from the US sanctions, to allow continued gas production from the Rhum natural gas field. If BP fails to obtain the waiver, it could jeopardize the transfer of BPs interest in the field to Serica Energy. The amount at stake for gas in the Rhum fields is relatively small, with the amounts obtained roughly equalling 2% of the UKs daily consumption.
Serica is a small London based company, it is said to be in 'advanced talks'  with the US authorities to obtain administration. Sericas plan to take over from BP at Rhum fields, is part of a trend of smaller firms taking over mature fields way past their peak to maximise output.

Secruity issues have been raised due to the UKs growing dependecy on imports mainly from Norway. Thus the UK faces increasing exposure to price volatililty in line with the ongoing increase in gas import dependecy and delcine in gas storage capacity.

The latest Government Expenditure and Revenue Scotland (GERS) figures show a rise from £266 million in 2016/2017 to £1.3 billion in 2017/2018.  Onsure tax take increased by £2bn, taking total revenue to £60bn. The figures also show that Scotlands deficit fell to £13.4 billion, when a geographical share of the North Sea is allocated to Scotland.

Helped by a rise in oil prices, the Net profit of Premier oil more than doubled in first half of 2018. The British company annouced that its expecting output to reach 80,000-85,000 barrels of oil equivalent per day. Premier has also kept its target to reduce its pile of debt of an estimated $2.65 billion by $300- $00 million by the end of 2018.

The annual balance sheet is to be published on Friday and is expected to show high deficit figures depsite a boost from oil taxes. The deficit is still expected to hover around 8% of Scotlands GDP, more than three times higher than UK figure and is large enough for critics to accuse mismanagement of the economy. The UK government has reduced its deficit to 2.4%, the lowest since 2007 and below the international threshold of 3%. Scotland has been hit hard by the oil crash in 2014, as in 2016/2017 out of the £58 billion raised, only £208million came from North Sea Oil.
at August 26, 2018