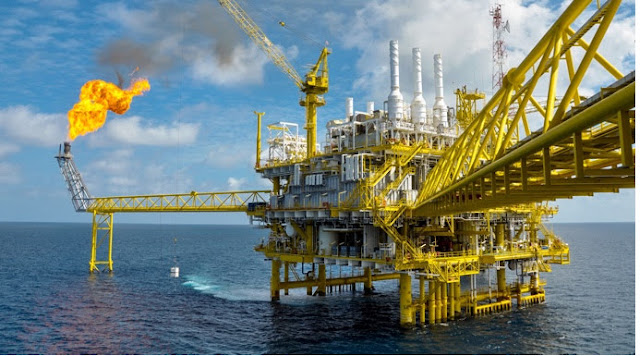 Oil prices rose on Tuesday, after the evacuation of two of Gulf of Mexico oil platforms in preparation for a hurricane. U.S. light crude rose $1.31 a barrel from Friday’s close to a peak of $71.11, its highest since mid-July, before easing to around $71.00, up $1.20, by 0900 GMT. Benchmark Brent crude which traded on Monday was up $1.00 at $79.15 a barrel. Over the last couple of months, the Global Oil Market has tightened due to US sanctions on Iran and renewed strife back in Libya. Barclays says that prices could reach $80 per barrel and higher in the short term. For 2020, it said it expected Brent to average $75 a barrel, up from its previous forecast of $55. While U.S. sanctions are forcing many Western companies to cease trading with Tehran, both India and China have said they will continue to buy Iranian crude.


Trump threatens to withdraw from WTO, 'If they don't shape up'

President Donald Trump said he would pull out of the World Trade Organization if it doesn’t treat the U.S. better, continuing his criticism of a cornerstone of the international trading system. If the US, were to withdraw, it would severly undermine the agreement which the US was involved in creating. The U.S. has been blocking the appointment of judges to the WTO’s appeals body, raising the possibility that it could cease to function in the coming years.

After 24 years, Denmark will start importing year, partly due to a weakening North Sea. 2017 was the last year, that Denmark was fully self sufficient with oil, as oil production this year is expected to fall by 8%. This drop in production has been accredited to the reconstruction of the offshore platforms in the North Sea Tyra field.Tyra field has long been plagued by a sinking seabed due to decades of oil production.The reconstruction of the Tyra field, which is plagued by an insecure and descending seabed after several decades of gas production, will mean a decline in oil production by 2020 and 2021.

Transocean and Ocean Rig have announced that they have entered into a definitive merger agreement under which Transocean will acquire Ocean Rig in a cash and stock transaction valued at approximately $2.7 billion, inclusive of Ocean Rig’s net debt. The transaction consideration is comprised of 1.6128 newly issued shares of Transocean, plus $12.75 in cash for each share of Ocean Rig’s common stock, for a total implied value of $32.28 per Ocean Rig share. Transocean is going to fund the transaction consideration through a combination of cash on hand and fully committed financing provided by Citi. The merger is not subject to any financing condition. Upon completion of the merger, Transocean’s and Ocean Rig’s shareholders will own approximately 79% and approximately 21%, respectively, of the combined company. The transaction is expected to be completed in early 2019 and is subject to the approval of both Transocean and Ocean Rig shareholders and the satisfaction of customary closing conditions.

Spain Repsol to buy US LNG from Venture Global

Venture Global LNG on Friday said that it has entered into a 20-year agreement with Spanish energy company Repsol SA for the supply of one million tonnes per annum of liquefied natural gas. Repsol will purchase LNG on a free on board (FOB) basis from the commercial operation date of the Venture Global Calcasieu Pass LNG export facility, under development in Cameron Parish, Louisiana.

China and ExxonMobil in discussions to $10 billion investment in Guangdong

Chinese officals and  ExxonMobil executives have discussed a $10 billion investment by the U.S.based firm in the southern province of Guangdong. There has been no information on where there money will be directed too.  Exxon said on Thursday it signed a preliminary deal to build a petrochemical complex and invest in a liquefied natural gas terminal in China. It said the investment would be worth billions of dollars but did not give a specific figure.