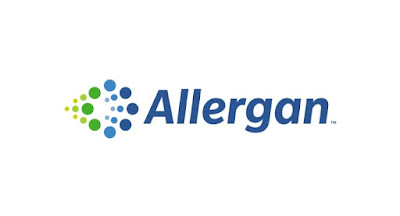 Allergan has been extremely proactive and willing to do anything to protect its Botox manufacturing trade secrets. Recently filing a trade theft investigation against a top competitor. However, this move by Allergan spectacularly backfired, as the US International Trade Commission ordered Allergan to turn over the details of its Botox manufacturing to Evolus and more critically to South-Korea based Daewoong, manufacturer of Allergan’s biggest rival Jeuveau.

This all started back in January this year, when Allergan and Medytox (co-manufacturer of Botox) accused and filed a complaint of a former employee of stealing trade secrets on the complex manufacturing process as well as stealing a sample of Medytox’s strain. This is not just a one-time incidence as back in 2017, Medytox filed a lawsuit against Daewoong based on similar premises.

In a ruling on July 2nd, Judge David Shaw rejected Allergans theft claims, siding with Daewoong’s defense that information on Botox’s manufacturing available in the public domain could shield Daewoong from any wrongdoing. As Daewoong would need the information to defend against the claims that its product, Jeaveau, was made using a bacterial strain and a process stolen from Medytox.

Allergan has since replied saying there is no need to give the manufacturing information because the issue lies in the development of the next generation of Botox and not over the actual Botox manufacturing process being currently used. Allergan is worried as ‘The toxin field is comprised of a small field of experts and they would be unable to unlearn information to which they have been given unprecedented access.’ Allergan goes on further to say “It is highly likely, if not inevitable, that the experts granted access to Allergan’s technical information regarding Botox will find themselves working or consulting for Allergan competitors down the road.”

It is common for companies to file patent applications on the process and disclose it broadly, but it’s the fine-tuning tweaks that really matter that are kept secret. The importance of manufacturing rises especially in regard to quality of the end product.

The fear Allergan has is understandable as Botox is a staple force in its portfolio, especially now where the strength of its sales is key in the AbbVie takeover. Botox hit $545.8m in worldwide sales in the second quarter, showing a 6.7% increase in the US market however this was a drop from the 16.7% growth recorded in the first quarter.  And with this drop being attributed to the emergence of Jeaveau, a serious contender to Botox’s dominance, this makes the case a lot more intriguing.