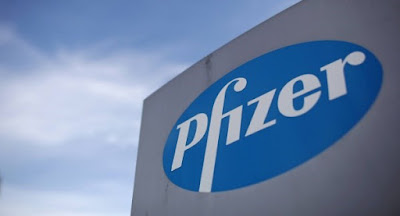 Pfizer surely expected a downturn in its sales of Lyrica, as generics hit the market in the US around three weeks ago, but I am sure they did not expect it to be this bad

According to figures posted by IQVIA’s SVB Leerink, Lyrica lost 35% of its market share to 16 competitors in the last week of July alone and the drugs shares of prescriptions fell to just 43% in the week ending August 9th. Its top competitors include Novartis Sandoz unit which took 9.7% of the market, Cipla with 8.1% and Amneal with 6.9%.

This is a shocking fall for Lyrica, which brought in $3.6bn in sales in the US in 2018. However, Pfizer may not be too worried as it heads towards its spinoff of its established products unit called Upjohn.

Pfizer recently announced in July the merger of its UpJohn unit with Mylan, a calculated move intended to pair down the company’s sprawling business and offload its flagging off-patent meds. Pfizer has previously said this unit could net $12bn which it would use to pay off debt and return shareholder dividends. Pfizer would ‘offload’ Lyrica and Lipitor onto Mylan.

This is still not to say that Lyrica should be completely written off, as comparing it to other Pfizer blockbuster drugs that lost their patent, it can be predicted that it will still perform well. For example, take long time blockbuster Lipitor that lost its patent back in 2011 as well as 90% of the US blood market share in that year. This brand still managed to bring in a blockbuster-worthy $407m in the second quarter. Therefore, I would say it’s reasonable to expect Lyrica to still perform well.