Teva Pharmaceuticals share’s hit a 20yr low, as investors and debt firm Moody are not impressed 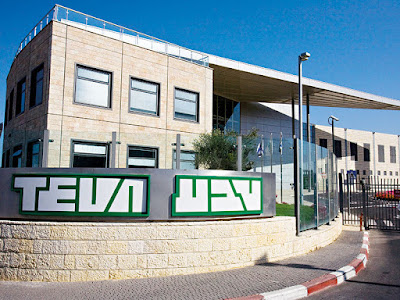 Teva Pharmaceutical’s CEO has cut 14,000 jobs, shut down manufacturing plants from all around the world in order to save $3bn in costs. However, this is still not enough for debt-rating firm Moody’s and investors.

Moody has revised its outlook of the firm from ‘stable’ to ‘negative’ on the 14th August. Teva’s share prices have not been helped by recent news surrounding the company, with Teva at the center of a generic drug pricing scandal as well as several ongoing opioid lawsuits filed by U.S cities and countries against Teva and other companies. The cumulative affect of these events was enough to drop Teva’s share prices by more than 10%, to $6.30, with Teva’s stock last trading this low back in 1999.

Moody has noted that Teva has more than enough cash to cover the more than $2bn of debt it will mature of the next two years, but that repaying what it owes ‘ will consume a significant portion of the company’s cash and cash flow over the next 18months’ With the firm going on to say ‘Teva will not generate significant cash flow to repay the approximately $4.2bn of debt that matures in 2021.’
There are also further worries that any payments required by Teva pharmaceuticals related to the opioid lawsuits, could divert cash that would be utilized to pay off the debt. Teva has put aside $646million to cover opioid-related expenses, but Moody noted that the amount “represents mainly the current provision for the minimum potential for future liabilities for opioid related cases.” With the figure expected to increase as more information becomes available.

The bad news continues to pile up of Teva, as the revenues from its blockbuster MS drug Copaxone are being rapidly eroded away from a flurry of generics entering the market. And with migraine hopeful Ajovy struggling to pick up the slack from Copaxone, it spells bad news for Teva’s financials.
CEO Schultz has an extremely stressful period ahead of him, during a conference call last week he announced that they have slashed $2.7bn in expenses so far but that it is very likely that the cost cutting will continue once $3bn has been reached. He added that “Teva may need to put into place incremental improvements over time that could involve thousands of different activities and changes.