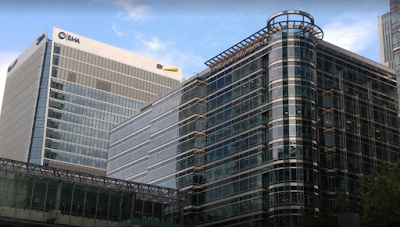 The EMA entered into a 25-year lease in 2014 worth £500m, with the Canary Wharf group, to secure premises to build its London headquarters. Obviously, the lease was signed before the UK population decided to leave the EU.
As the EMA is an agency of the EU, after the referendum the EU passed a regulation that relocated the headquarters from London to Amsterdam. The EMA stated in its reasoning that when Brexit occurs it will be treating it as an event of ‘frustration’ of the lease.

Frustration in legal terms is when a contract may be discharged when something (of no fault of either party) occurs after the formation of the contract which renders it physically or commercially impossible to fulfill. The EMA used this as their primary argument, that it would no longer be lawful for it to pay rent to the CWG following its relocation, with this statement being based off points of EU law.

Issues arose when the English High Court concluded that Brexit would not ‘frustrate’ the contract and the EMA was unable to escape the lease. This decision was an important decision and created a sense of relief for many landlords as it set the consensus that companies would not be able to flee multi-million-pound building contracts because of Brexit. Consequently, the EMA appealed, and the appeal was set to be heard by the court of Appeal in March 2020, but since then a settlement has been reached between both parties.

The settlement essentially boiled down to the EMA subletting all 284,704 square foot of the London premise to US office space provider WeWork, for the full term of the original lease. With the EMA also simultaneously agreeing to withdraw its appeal against the decision of the high court.

Following this settlement, it is still not clear to businesses whether Brexit constitutes as a frustrating event in contracts, given the fact that the appeal never proceeded to High Court. However, positive notes can be taken from this as the EMA was able to find a commercial solution by subletting the remainder of the lease to WeWorks.