US Government reveals plans to reimport medicines from Canada 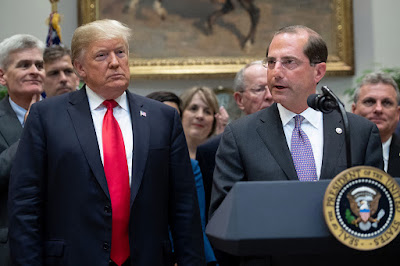 Today the Trump administration announced plans to allow for re-importation of some drugs from Canada in an attempt to reduce the amount of money that American citizens are paying for treatment compared to the rest of the world.
This move marks a major shift in attitude from previous American administrations, who have been staunchly opposed to this idea.

The proposed plan would allow for re-importation through two pathways. The first pathway would allow for states and wholesalers to launch pilot projects to import treatments that are approved in the US and manufactured in accordance to FDA conditions. However, the first pathway would be limited by only allowing the import of certain categories of lower-class drugs which would exclude biologic products like insulin, intravenous drugs and controlled substances. These limitations would defeat the purpose of the plan, as these exemptions would include many of the high cost products such as rheumatoid arthritis Humira and cancer treatment Keytruda. It would also exclude inhaled products such as respiratory treatments from GSK as well as medications that require Risk Evaluation and Mitigation Strategies from the FDA. These are high quality treatments that are in huge demand.

The second proposed pathway, would allow for the FDA to approve manufacturers to import drugs under new national drug codes, potentially allowing for lower prices than those stated in the existing contract.

Pharma companies are opposed to these proposed plans, with PhRMA president and CEO Stephen J Ubl saying that: ‘The administration’s importation scheme is far too dangerous for American patients. There is no way to guarantee the safety of the drugs that come into the country from outside the United State’s gold standard supply chain.’ He also stated that Canadian official warn that the policy is unworkable and could cause shortages north of the border because of diverted supply.

This is not the only move made by the Trump administration towards pricing control, with Trump announcing last month to introduce international reference pricing and also supporting a new plan by Senate finance committee leaders Charles Grassley and Ron Wyden to cap out of pocket medicine costs for patients in 2022.