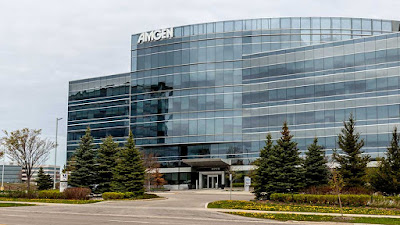 Just last week there were rumours that Amgen was planning to takeover rare disease company Alexion pharma but instead it has now filed a patent infringement action against Alexion’s top-selling drug Solaris.

The US Patent and Trademark office has been asked to review patents on Solaris. This comes as a result of the recent approval to extend the patent protection of Solaris to 2027. The Amgen challenge caused a drop in Alexion’s shares as they reacted to the fresh challenge to the companies IP.

Amgens interest comes from its biosimilar version of the inhibitor which has now entered clinical testing.

USPTO announced last week that it was launching a so-called inter partes review of Solaris patents. This will force Alexion to defend its IP, specifically the main ingredient and formulation. This gives Amgen room to enter and challenge these claims.

Alexion currently accounts for more than 80% of Alexions sales bringing in numbers of $4.1bn this year up from last years $3.56bn. This growth accounts to new indications it achieved.
A lot is riding on this defence of Solaris, as Alexions other products Kanuma and Strensiq have a long way to go before they bring in enough revenue to reduce Alexion’s reliance on Solaris.