Roche’s prolific trio of mega blockbuster cancer drugs face an unsteady path as biosimilars loom in the distance. With the drugmaker predicting that a loss in these products will cause a $10bn dent.

However the company remains confident that the growth of newer drugs in its pipeline will be more than enough to offset that dent. 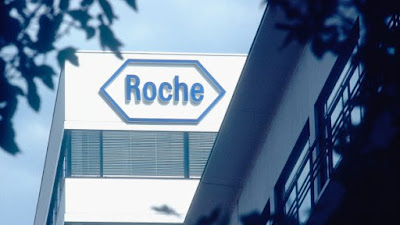 Roche has even laid out its calculations with it assuming a 60-70% ‘conservative’ erosion from biosim competition, leading to a sales gap of $9.6bn between 2018-2023. But they also added that by 2023, the companies recent launches and up and coming pipeline could turn up an addition $16.3bn. However these are very big ‘ifs’ and ‘buts.’

Roche expects the effect of biosim in the US to be much slower compared to Europe, as the biosim market in the US is still trying to find its footing. But Roche should beware about using past biosim experience in Europe or the US, as a lot of biosim products currently in market, were against products that are not the standard of care or have been somewhat commoditized with high levels of discounts etc. In the case of Roche, its three cancer blockbusters are none of the above.

Leading the pack for Roches new growth drivers is its Multiple Sclerosis drug Ocrevus, a drug that has been crowned “the most successful launch in the history of Roche”, adding an additional $3.8bn to Roches top line in 2023 compared to 2018. In the first half of 2019, Ocrevus grew sales by 63% to CHF 1.7bn.