Cannabinoid- can it be patented

In late 2018, medical cannabis was downgraded from Schedule 1 to Schedule 2 (medically allowed) in the Misuse of Drug Regulations in the UK. There has been a lot of buzz in the news around this subject and there appears to be a patent grab underway but I am covering in this article today if it is feasible. 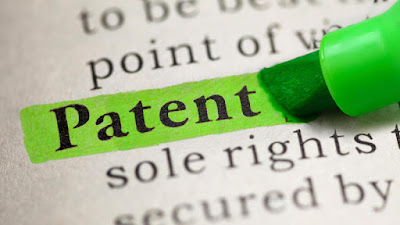 The two main cannabinoids of interest are cannabidiol (CBD) and tetrahydrocannabionol (THC). CBD lacks the psychotropic effect of THC. It is not considered a controlled substance (regulated by the government) in its pure from but it is said to be very hard to purify and products containing CBD are presumed to also contain other cannabinoids. However it is still possible for such CBD and other incidental cannabinoid substances to be in the medically allowed schedule of the controlled substances legislation.

There still remains a wide perception in the medical community regarding the benefits against potential dis-benefits of many non-medically approved cannabinoid products. There are a multitude of non-regulated products on the market, including vitamins, minerals, oils and herbal extracts. There is only one medically approved product in the UK called Sativex, a treatment for spasticity in MS sufferers which contains both CBD and THC.

Since the cannabis plant has been used for thousands of years, there is a popular opinion that it cannot be patented. This is not necessarily true and there has not been much prior experience in this field as it would have been considered illegal.

As previously mentioned, there are a multitude of non-medically approved products on the market with varying claims to their content, it is very hard to quantify their claims and ensure batch quality. Both CBD and THC are hard to purify, therefore accordingly processes to isolate, extract and purify cannabinoids may well be patentable as well as any stable forms achieved. Claims could be made for patents on the adaption of current delivery methods such as nebulization and formulation for vaping but there is a high chance, they would not be considered inventive enough.

There have been calls by many organizations to the Health and Social Care Committee calling for clinical trials to substantiate the claims. However, constructing the usual double-blind trials will pose an issue as patients will know they are not receiving the placebo as they will experience the ‘high’ caused by the THC. The hurdle met in the clinical trial also presents a patent issue as it is necessary for a patent to enable the skilled person to use the invention across the breadth of the patented claims.

There is also a potential issue with public morality regarding patentability especially if a large proportion of people find it abhorrent, which is less likely considering the medical use of cannabis.
Given the growing liberalization of the use of cannabis on both the UK and US it is still early days from a patent standpoint. The major issue still stands of obtaining clinical proof of benefit for these compounds and this can make it a compliance headache for companies to get involved in this area. However it is likely that with this wave of liberalization will come legal relaxation on these previously banned substances.