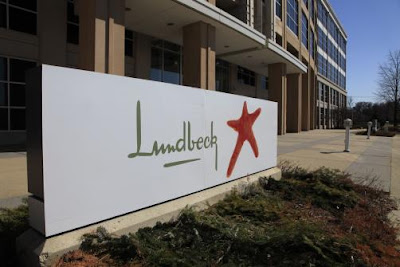 Lundbeck is offering $18 per share for Alder, with an additional $2 per share if Alder gets approval by the European Medicines Agency (EMA). It is due to be reviewed by Europe early next year but is already under regulatory approval in the US.

This move comes from Lundbeck, specialist in CNS disease therapies, as an attempt to build up its pipeline after it is set to face a series of patent expirations.

The prize drug of Alder Biopharma is Eptinezumab, a new migraine prevention drug in the CGRP inhibitor class, but unlike marketed rivals from Amgen/Novartis it is delivered intravenously rather than by subcutaneous injection. Further advantages for Alder is that their drug is administered every 3 months while Amgen’s and Eli Lilly’s are taken once a month.

Eptinezumab will be the fourth CGRP inhibitor to go on the market, but it will have to do some catching up as the current CGRP inhibitors are only starting to make waves after some initial payer resistance. With first to market, Aimovig bringing in $83m in sales in Q2 followed by £34m for Emgality.

This acquisition by Lundbeck is one of many, as it brought Abide Therapeutics for $400m earlier this year adding a mid-stage drug for Tourettes syndrome and its $1bn acquisition of Prexton Therapeutics last year acquiring phase 2 Parkinson’s disease therapy, foliglurax.

Lundbeck was not always a major M&A player but under new CEO, Deborah Dunsire, they have moved away from in-house R&D and smaller scale licensing deals to picking up the pace with major deals.