After continuous delay there finally seems to be progress for the clearance of this $4.3bn deal by the FTC. According to reports made by Reuters, the FTC has cleared the deal without any product divestment requests. 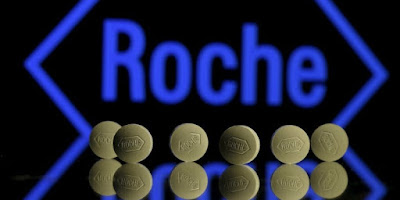 Roche has had its eyes on Spark Therapeutics and in particular its gene therapy platform since it unveiled its plan to takeover in February early this year. Roche has been reaping success with its new product Hemlibra to prevent bleeding episodes in Hemophilia A. It was approved in the US in late 2017 and has been steadily gaining in market share, with sales of $927m in the first nine months of 2019.

When the FTC started to request for further information from Roche about the deal, analysts suspected that it was because of the overlap of expertise in the Hemophilia market, with gene therapy seen as the next big thing in the market and competition authorities are concerned it would give an unfair dominance in the market.

This worried investors as it showed a greater scrutiny from the FTC that has not been seen before as the gene therapy from Spark Therapeutics is still in clinical development with no guarantee of success and it already has a clear market competitor from BioMarin’s valoctocogene roxaparvovec.

Since this second request sent in June, Roche and Spark Therapeutics have delayed their tender offers multiple times and have now set a final deadline of October 30. It has not fully received the official stamp of approval from the FTC just yet, as top officials from the agency’s Bureau of Competition will now weigh in as well as five commissioners required to vote in favor as well.

The FTC is not the only competition authority that has had doubts with the merger. The UK Competition and Markets Authority also has an open investigation into the deal as well. It has launched a merger inquiry and set the deadline for phase 1 on December 16th. However, there could be even further delays in the merger is a phase 2 investigation is opened. Roche in their Q3 results, have announced that they expect the deal to close by year end.

This scrutiny reflects a change being experienced in the M&A sector in the pharma industry as Bristol Myers Squibb and AbbVie have both been subjected to the same scrutiny from competition authorities with regards to their respective deals, with Bristol Myers Squibb subject to mandatory divestments of Celgene’s Otezla, in order for the deal to be approved.