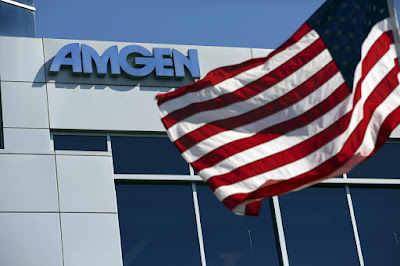 The $13.4bn deal was in response to competition authorities imposing a key requirement onto the proposed BMS/Celgene acquisition to divest Celgene’s blockbuster Otezla.

Otezla has continued to perform well, growing 26% to reach $1.6bn across its psoriasis, psoriatic arthritis and Behcets disease indications last year and continuing to a total tally of $1.43bn in the first nine-months of this year.

Amgen in response has raised its full year sales forecast to $23.1-23.3bn, with Amgen stating it now expects “at least low double-digit percentage Otezla sales growth, on average…over the next five years.”

Amgen also plans to build the scope of Otezla by entering the drug into ongoing trials such as genital psoriasis and paediatric plaque psoriasis, potentially expanding the eligible patient population. Otezla also fits well into Amgen’s current portfolio of psoriasis and anti-inflammatory product range which includes Enbrel and Amgevita (biosimilar of AbbVie’s Humira, which is approved and already available in Europe and approved ahead of a likely US launch in 2023).

Celgene/BMS will continue to produce Otezla finished goods for Amgen under a contract manufacturing agreement for up to two years, which can be extended. With the other agreement also being workers joining Amgen from Celgene as a result of the takeover